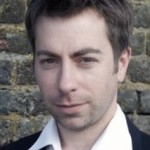 Joseph Crouch is the principal cellist of The English Concert, The Sixteen and the Internationale Bachakademie, Stuttgart.

Joe first encountered the sound of gut strings as a boy treble at Westminster Abbey and choral scholar at King’s College, Cambridge. These collaborative projects — in their repertoire, their scale, their energy and ambition — always seemed more alluring than the choir’s daily services, and Joe made the final shift from voice to Baroque cello as a postgraduate at The Royal Academy of Music, studying with Jennifer Ward Clarke. After graduation, Joe joined the European Union Baroque orchestra and Monica Huggett’s Trio Sonnerie. He was later appointed principal cellist with The Academy of Ancient Music and The Gabrieli Consort, and took up a research fellowship at The University of Southampton.

Today Joe combines his orchestral roles with teaching and coaching at the Guildhall School of Music and Drama and The Royal Academy of Music in London. Joe has performed concerto solos with many of the UK’s leading period instrument ensembles and recently recorded Nicola Porpora’s G major Concerto with The English Concert.