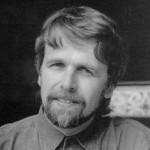 Timothy Roberts is principal keyboard player of The Gabrieli Consort and Players, appearing on many of their award-winning discs. He has toured widely with His Majesty’s Sagbutts and Cornetts whom he recently directed in an acclaimed Hyperion recording of Gabrieli’s 1597 Canzonas and Sonatas. In the field of Baroque and Classical song he has accompanied many outstanding singers including Emma Kirkby, Catherine Bott, Julia Gooding, Rufus Müller and John Mark Ainsley. Directing his own ensemble, Invocation, he has made a series of pioneering recordings of Georgian vocal music for Hyperion. His many recitals for BBC Radio 3 have ranged from Renaissance harpsichord works to sonatas by Mozart and by British composers, and he has twice been featured on the BBC’s ‘Spirit of the Age’ series.