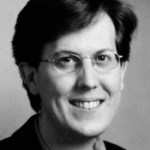 Silas Standage was a chorister at St Paul’s Cathedral and sang for the wedding of Charles and Diana as well as being part of a real boy band of trebles called ‘Too short’! During his teens his flair for composing and arranging music flourished. While at Cambridge he directed performances of Purcell’s Fairy Queen for the Opera Society as well as a series of concerts with students playing on historical instruments. He went on to study the harpsichord at the Guildhall, London and the Conservatoire Royale, Brussels.

Since then he has played for all the major British early music groups and has been principal continuo player for Sir John Eliot Gardiner since 1999, performing as a soloist in the Bach Cantata Pilgrimage in 2000. Silas is passionate about 17th-century music and is researching into the crazy music of Matthew Locke from the 1670s. His edition will be published this year and he began a PhD in the autumn to investigate this period further.