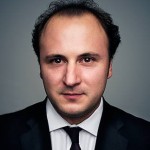 As one of the rising stars in the world of period performance, Bojan Cicic is fast making a name for himself with his sensitive and virtuosic playing. In addition to being the leader of Florilegium, he frequently guest directs and performs as a soloist with groups such as the Academy of Ancient Music, European Union Baroque Orchestra, and Budapest Festival Orchestra. His recording of J.S.Bach’s Concerto for two violins with Rachel Podger was recently named the best available recording by BBC Music Magazine.

Bojan’s own group, the Illyria Consort, recently recorded their first disc with Delphian Records for release in March 2017, a groundbreaking recording of Carbonelli’s virtuosic violin sonatas. The Illyria Consort explores rare repertoire of the 17th and 18th centuries from the Venetian Republic and Habsburg Empire, and have performed at the Utrecht Early Music Festival, the Korkyra Baroque Festival, Laus Polyphoniae, and at the Festival de Sablé.

Future projects include directing Vivaldi’s Four Seasons with the European Union Baroque Orchestra and performing Mendelssohn’s Violin Concerto with Instruments of Time and Truth. Bojan is Professor of Baroque Violin at the Royal College of Music, and plays a violin by Rugieri from the 1680s, kindly loaned to him by the Jumpstart Junior Foundation.