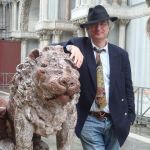 Philip Thorby is well known as one of the country’s leading performers and teachers in the field of Renaissance and Baroque music. He is founder and Director of the Renaissance ensemble Musica Antiqua of London, which has remained at the forefront of research-based performance of early sixteenth-century music. Its recordings (on the Signum label) of a varied repertoire, from Josquin des Pres to virtuoso instrumental music, have received considerable critical acclaim. For a recent disc of music for Isabella D’Este, Marchioness of Mantua, Musica Antiqua commissioned a unique consort of viols (based on a painting by Costa, an artist favoured by Isabella), which has revolutionised understanding of these instruments and their music.

As a recorder player Philip’s interests range widely. Two areas of special interest are sixteenth-century divisions (elaborate instrumental works based on vocal originals) and the music of early eighteenth-century London (then, as now, a vibrant international centre for music). In addition to his work at Trinity College of Music, where he is Professor of Recorder and Senior Fellow in Early Music, he teaches widely in this country and abroad. Students include young professionals (on summer schools such as Cambridge Early Music Summer Schools – at that other Trinity!), adult amateurs (through the Early Music Fora and National Early Music Association) and children (particularly on an ongoing Youth Music project in Israel). He recently has been teaching in Turkey.

He plays harpsichord, viols and of course recorders. An East Anglian by birth and inclination, Philip lives in Suffolk, where he relaxes (occasionally) by sailing on the Broads.