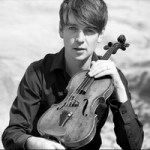 Matthew Truscott studied at the Royal Academy of Music in London, the Koninklijk Conservatorium in The Hague and in Bloomington, Indiana, where his teachers were Erich Gruenberg, Simon Standage, Vera Beths and Mauricio Fucs. He now shares his time between period instrument performance and ‘modern’ chamber music, appearing with some of the finest musicians in both fields.

As a soloist and director, Matthew has appeared with the Orchestra of the Age of Enlightenment at the Concertgebouw Amsterdam, Konzerthaus Vienna and London’s Queen Elizabeth Hall, as well as with Retrospect, The King’s Consort and Florilegium at the Wigmore Hall on numerous occasions.

One of the leaders of the Orchestra of the Age of Enlightenment, other engagements as concertmaster have included projects with The English Concert, the Mahler Chamber Orchestra, the Netherlands Chamber Orchestra, English National Opera, Dutch National Opera, The King’s Consort and le Concert d’Astrée. He is leader of St James’s Baroque, the Classical Opera Company and the Magdalena Consort. Next season he will guest lead the Budapest Festival Orchestra in programmes of 18th century repertoire.

Recent recordings have included a complete set of Purcell trio sonatas with Retrospect Trio, as well as one of J S Bach chamber music with Trevor Pinnock, Jonathan Manson and Emmanuel Pahud.

Matthew teaches baroque violin at the Royal Academy of Music in London.